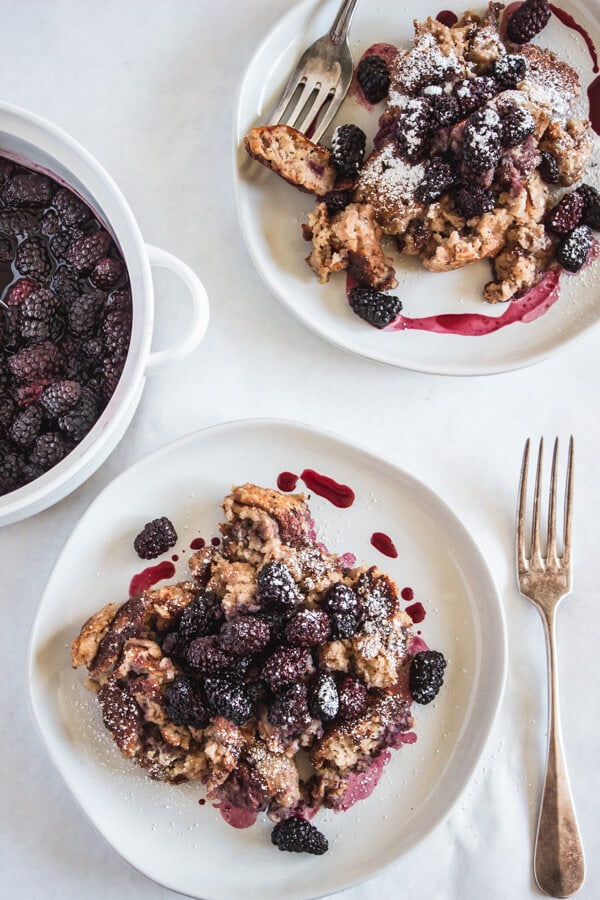 THIS POST IS SPONSORED BY THE OREGON RASPBERRY AND BLACKBERRY COMMISSION

It’s a German pancake…in a sense. Not the puffy baked Dutch Baby that is also sometimes referred to as a German pancake. But a fluffy pancake cooked in butter and then shredded. So basically it’s a fluffy shredded pancake. 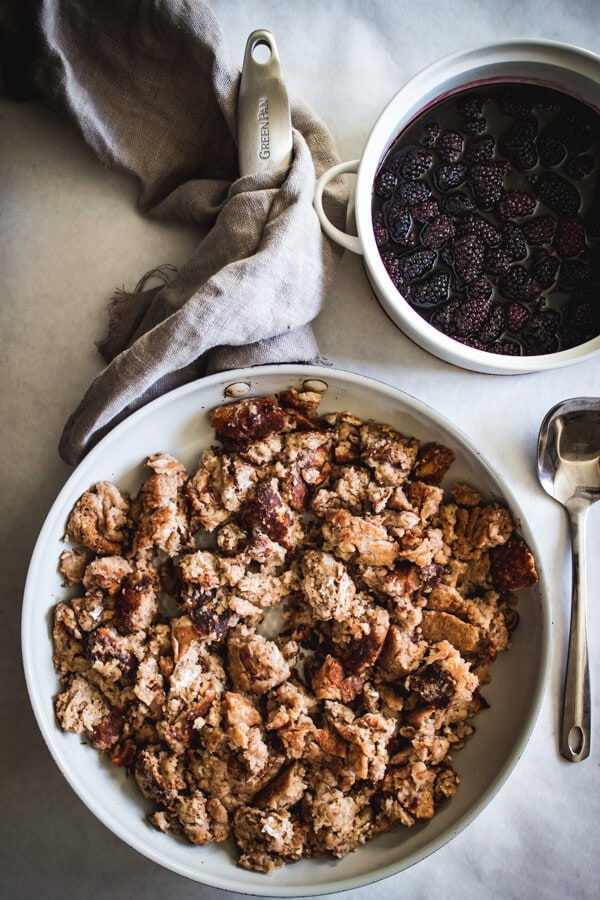 I am not the mastermind behind Kaiserschmarrn. The Germans are. Which includes Joe. And his mother who is 100% German. She was born in Germany during WWII when the bombs were literally dropping outside. Joe’s grandmother gave difficult labor a whole new meaning. Bless that strong and brave woman and the many others like her. Joe’s mom later immigrated to the United States in 1970 after marrying a dashing American soldier. And with her, Kaiserschmarrn immigrated into our family. Thank you MIL. The kidlets especially thank you. And not just for the Kaiserschmarrn with the crispy buttery edges but for being an awesome Gma.

And thank you for teaching your son how to make Kaiserschmarrn. It might be the only thing he knows how to cook…besides boxed mac n’ cheese, and grilled meat, and…maybe nachos. But I’ll take what I can get. What else do you need he asks. Eye roll. 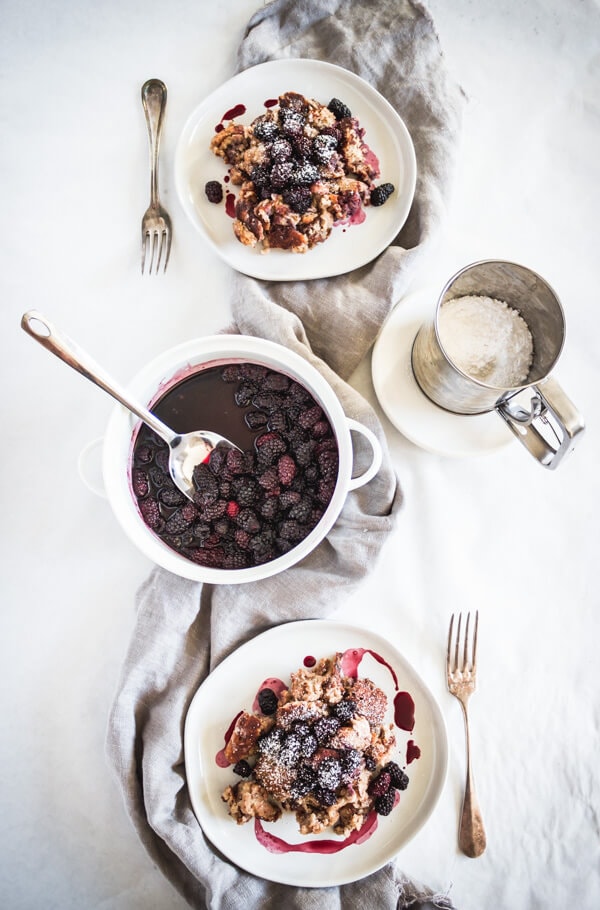 After 10 years of marriage I gave in and asked Joe to show me how to make Kaiserschmarrn. I was also quick to assure him that I will definitely forget how to make it and that he will continue to be in charge of cooking it for all the special breakfast mornings and holidays. Sometimes ignorance is bliss. Like when I want to lay around in my pj’s even though the kidlets are chirping in the wee hours of the morning like hungry baby birds.

I think Joe has caught on to me though. Especially when I give him unsolicited suggestions on how I think the fluffy shredded pancake could be improved upon. (Did I just hear all Germans gasp?)

Tweaking the recipe was bound to happen for several reasons: 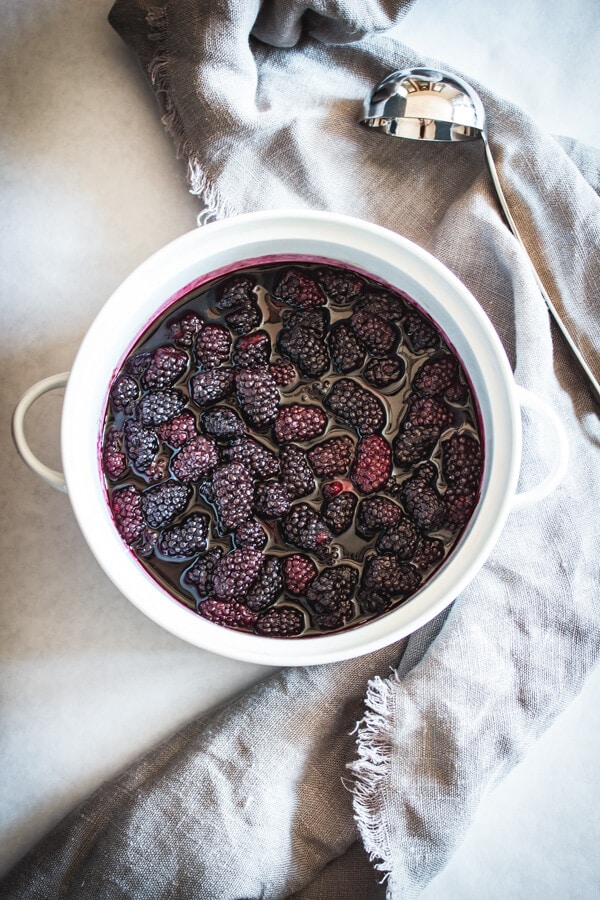 And IT DOESN’T EVEN MATTER that berry season was technically over several months ago. It might be quiet out on the berry fields, but my friends, Oregon berries live on in my freezer 24/7/365. It’s a glorious thing. You should join my frozen berry club. Actually, I don’t have a club. Yet.

We all know how I feel about Oregon berries and the farmers who grow them. If you don’t know, first off welcome to Pass Me Some Tasty! I’m so glad you’re here! Secondly, you best catch up on all my feelings about Oregon berries over on this tasty post. In the meantime let’s stock our freezers with Oregon berries to not only prove our allegiance to my club that doesn’t actually exist but to also enjoy the sweet tastes of summer even in the fall and winter. Doesn’t that make you feel happy inside? Sigh… 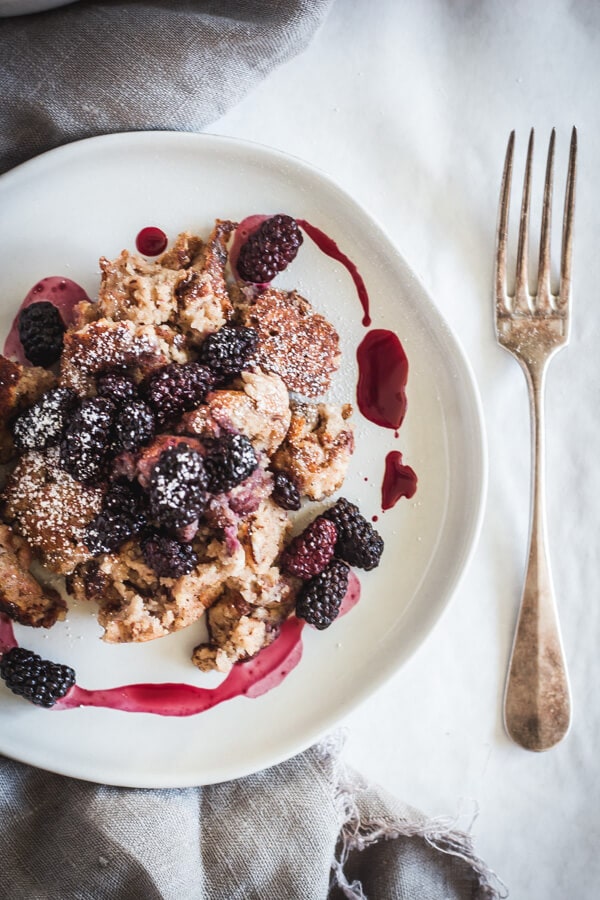 You know what else makes me happy? The butter in this recipe that makes for super tasty crispy brown Kaiserschmarrn edges. I make no apologies for the butter. Sometimes we just got to live it up a little bit. Plus I’m a strong believer that the holiday season calls for slightly decadent and splurge worthy breakfasts. Not to mention it gives us a good reason to make New Year’s Resolutions, even if they end up being the same as last year (smiles).

A fluffy shredded German pancake with a hint of cinnamon and topped with roasted Oregon Marionberries. Perfect for brunch, a special breakfast, or the holidays! 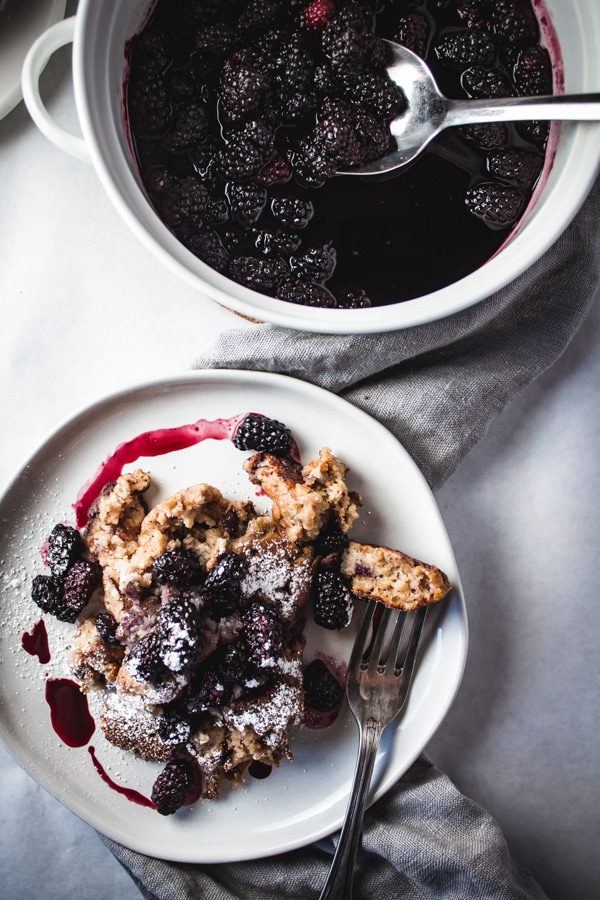 Thank you to the Oregon Raspberry and Blackberry Commission for sponsoring this post and for supporting the hardworking Oregon caneberry farmers who bring us delicious berries that we can enjoy year round! And thank you to those of you who support the brands that allow Pass Me Some Tasty to keep cooking up the tastiness! Be sure to follow along with all of the tasty berry happenings in Oregon by following @oregonberries on Instagram and FB, @orbc on Twitter and @orberries on Pinterest! 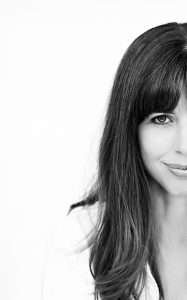 Hi! I'm Shannon: the gluten-free recipe maker, photo taker, and food blogger behind Pass Me Some Tasty. I love how delicious food has the unique ability to bring people together from all walks of life. I hope you enjoy my recipes and that they will inspire conversation and community around your dinner table. Read More → 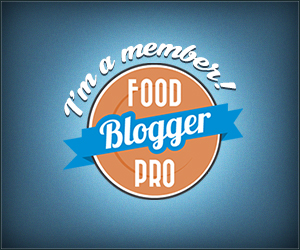