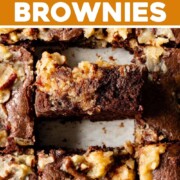 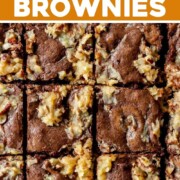 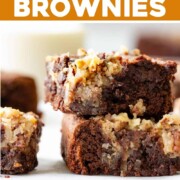 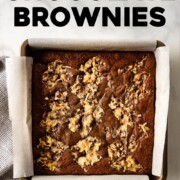 These German chocolate brownies are fudgy, gooey, and just plain over-the-top delicious! Chocolate brownie batter is swirled with coconut pecan frosting and baked resulting in this deliciously rich and decadent dessert. No one will believe these brownies are gluten-free, they are THAT tasty!

Are you ready to totally rock this day, this week, this whole month with some amazing gluten-free brownies? What a silly question to ask.

These aren't voodooed healthy brownies with black beans hidden in them. These are the real deal, gimme the butter, sugar, and chocolaaaaate. I don't cut corners with dessert. Dessert is a sacred, no-shame indulgence in my house.

Remember those gluten-free meatballs I made a couple of months ago? Meatballs have nothing to do with brownies. But SO MANY of you that I get to see in actual, real-life looked me in the face after I shared those meatballs and said, "I LOVE BOB'S RED MILL!" I hear ya, honey. ME TOO!

Bob's Red Mill is like the magical unicorn of whole grain products, especially for the gluten-free community. Their care and dedication toward providing safe, wholesome, gluten-free whole grains is raise-the-roof amazing. They even built a separate 58,200 square foot gluten-free facility, with one of the most stringent testing protocols in the country, because they care THAT much.

And if that's not enough, their gluten-free brownie mix is gonna make you cry pure tears of joy and delight.

Why you'll love these gluten-free brownies!

How to make coconut pecan frosting

Step 1: In a medium saucepan, whisk one egg yolk with evaporated milk.

Step 3: Cook and stir the mixture over medium heat for about 4 to 5 minutes.

Step 4: Remove the saucepan from the heat as soon as the mixture thickens and becomes bubbly.

Step 5: Add shredded coconut and chopped pecans to the mixture.

Step 6: Stir to combine. Set aside until you're ready to swirl that coconutty bliss into the brownie batter.

Step 3: Mix well with an electric hand mixer or by hand.

Step 4: Spread the batter evenly with a spatula into the prepared pan.

Step 5: Dollop large spoonfuls of the coconut pecan frosting on top of the brownie batter.

Step 6: Swirl the frosting into the brownie batter using a chopstick or a knife. Bake for about 35-40 minutes, until a toothpick inserted into the center comes out partially clean.

Prepare for the magical aroma of fresh-baked brownies to fill your home and your schnoz and tempt you to dig in immediately. But FIRST, allow the brownies to rest and cool completely to room temperature before taking hold of the parchment paper and removing them from the baking pan.

If the temptation is too strong and your willpower is weak go ahead and dig in. Many have gone before you in this way. Just don't burn your tongue.

What makes a brownie more fudgy?

Fudgy brownies have a higher fat-to-flour ratio. More butter, more fudgy. More flour, more cakey. Substituting oil for butter can produce a fudgier brownie also (see the answer to the next question below for more on that). In my opinion, this brownie recipe falls right between that perfect balance of fudgy and cakey. Also, the longer the brownies are stored in a closed container, the chewier their texture becomes as well.

Are brownies better with butter or oil?

This is a hotly debated question and really it depends on what kind of brownie you personally enjoy. Brownies made with butter will have a deeper, buttery flavor. Also, the milk solids and lactic acids in the butter will react with the leavening agents in the brownie mix producing a brownie with more rise but still offering a moist, tender texture.

Using neutral-flavored oil - such as light olive oil, canola oil, or vegetable oil - will allow the chocolate in the brownies to be more pronounced. Also, since oil does not react with leaveners, a fudgier, chewier, and more dense brownie will result.

Can I freeze brownies?

If you can manage to keep your friends and family from eating the whole pan of brownies, they can be successfully frozen and thawed for a later time when a brownie craving strikes. After the brownies have baked and completely cooled, cut them into squares and wrap them tightly with two layers of cling wrap. Place them in a tightly sealed freezer bag and freeze for up to 3 months. When you're ready for a brownie, unwrap them from the cling wrap and allow them to thaw at room temperature.

I asked my kids if they had anything additional that they thought I should tell you about these brownies. They said, "You are going to want to eat them ALL THE TIME."

That about sums it up friends. ♡

Chocolate brownie batter is swirled with coconut pecan frosting and baked resulting in these deliciously fudgy and decadent German chocolate brownies. No one will believe these brownies are gluten-free, they are THAT tasty!

For a thicker brownie: Use an 8 x 8-inch pan and bake for an additional 5-10 minutes.

Storage: Store brownies 3-4 days in a closed container in a cool, dry place.

Freezing brownies: After the brownies have baked and completely cooled, cut them into squares and wrap them tightly with two layers of cling wrap. Place them in a tightly sealed freezer bag and freeze for up to 3 months. When you're ready for a brownie, unwrap them from the cling wrap and allow them to thaw at room temperature.

Thank you to Bob's Red Mill for sponsoring this post and for making awesome gluten-free products that everyone will love! And thank you to those of you who support the brands that allow Pass Me Some Tasty to keep cooking up the tastiness!

Disclaimer: All brand recommendations are purely my own opinion and are brands/products that I personally use and enjoy. This post may also contain affiliate links from which I may receive a small commission (without any additional costs to you). The money earned from these commissions helps me to maintain this website. Thank you for supporting Pass Me Some Tasty! 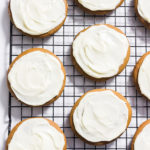 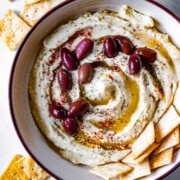 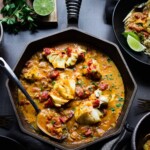 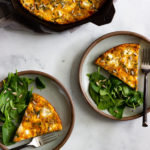 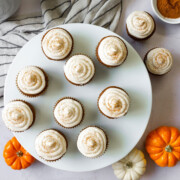